The Next Glass Ceiling

Ava Duvernay will be the first black woman to direct a live-action big-budget movie.

Let that sink in. I was completely surprised to read the news, though I shouldn’t be. It’s hard to name off-hand ten current women, period, who are major movie directors. For the record, there are quite a few, and I’ll get to them. 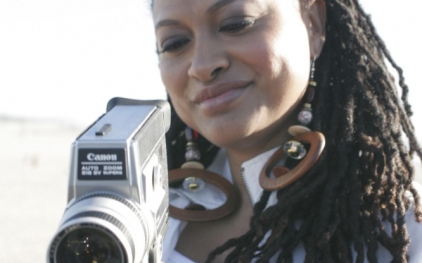 “Big-budget” means $100 million or more in this context. For comparison, most superhero and sci-fi movies made, regardless of quality and box office, easily exceed that demarcation. Men have directed a lot of big-budget hits, but also seemingly infinite flops: John Carter and Green Lantern. Tomorrowland. Have we already forgotten Cowboys & Aliens?

Here’s my bigger takeaway: How many women of any race have directed a $100 million live-action movie? Only one to date: Kathryn Bigelow, for 2002’s K-19: The Widowmaker. One to date, and it was an entire generation ago! K-19 was not a well-received movie, and I wonder how much that hurt other women who wanted to direct a war film or an outer-space adventure. We’ve sat through Batman, Superman—such masculine names!—Spiderman, Iron Man, even Ant Man, all before we could get Wonder Woman and Captain Marvel starring in their own movies. What are the repercussions if Ava Duvernay’s big-budget movie (A Wrinkle in Time) isn’t very good?

The expectations can be overwhelming for women making movies (c.f. Ghostbusters). Ghostbusters did respectable box office, but even this week, the studio downplayed talk of a sequel. (Which had the potential to be more fun; see my review.) It’s as if the door opened only to slam shut—with some smug satisfaction—a few months later.

Talking about “women directing movies” seems crazy as a base topic, because there are many, many wonderful female-directed movies. Here’s a great list to prompt your viewing. But the number of women who get this career, at least in English-language film, is small. And they don’t get big-budget movies.

A lot of our female directors primarily work in female-oriented space, with female protagonists. Nancy Meyers, Nora Ephron, Phyllida Lloyd, Nicole Holofcener. Ephron loved romance, Meyers the beauty of what’s in the frame. Lloyd’s made two hugely successful movies with Meryl Streep, and Holofcener uses Catherine Keener as her muse in movies about class and money and female companionship.

There are the visionaries, from Jane Campion’s tremulous The Piano to the phantasmagoric worlds Julie Taymor creates in Titus and Across the Universe. There are the actors-turned-director: Barbra Streisand, Jodie Foster. There’s Sofia Coppola, filming stories about the rich and famous, the dark side of white privilege. I thought Coppola’s Somewhere wallowed too much in the loneliness of being at the top—but in her own career, her peers are limited. Maybe it does get lonely.

Sometimes we forget all the great movies we’ve seen recently:

Marielle Heller’s Diary of a Teenage Girl (my review)

Lisa Cholodenko’s The Kids Are All Right

Now that I’m listing them, I realize how important it is to have the movies that don’t cost $100 million. The movies where emotions, not cities, explode. Stories about girlhood, about growing up and raising children. But there is a time and place for intimacy, and there’s also the day you want to watch a female superhero utterly destroy her expensive CGI-crafted enemies. So here’s to a wonderful Wonder Woman, Patty Jenkins; your movie’s been green-lighted for over $100 million, too. And good luck to you, Ava.