We just caught two revivals in New York of shows from the eighties: both highly acclaimed back in the day for pushing the boundaries of queerness and gender identity on stage. After thirty-some years, what may have been transgressive about these characters’ sexuality is now more accepted, and both playwrights have revised their work to be effective for 2017 audiences. 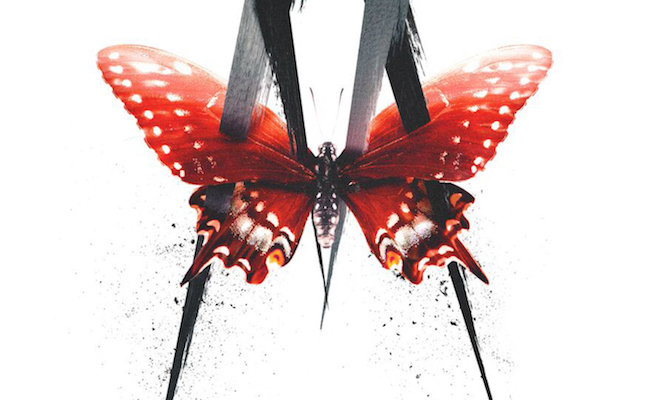 David Henry Hwang’s M. Butterfly was one of the first Broadway hits written by an Asian-American author, with a lead role for an Asian actor. So many years later, the Asian community is still woefully underrepresented in the theater. Hwang weaves the story of Rene Gallimard, a sophisticated French diplomat who falls in love with Chinese opera star Song Liling. Back in 1988, Song’s secret (he’s a man disguised as a woman) was shrouded in secrecy, until his true gender was revealed at the end of the play. Now, in the revival playing Broadway, we can tell Song (played by Jin Ha) is a man all along. (We’ve all seen The Crying Game.) So Hwang has added lines where Song testifies how he fooled his lover Rene, anatomically speaking, in bed. It’s one of those “did we need to know?” moments; the more it’s explained literally, the less sense it makes.

I hadn’t seen or read M. Butterfly before watching Julie Taymor’s production, and though I enjoyed the story’s grand intrigues and deceptions, I felt we were removed from Rene and Song’s romance. Maybe it’s because of Hwang’s decision to have Rene (played by Clive Owen) narrate his story in flashback from prison, which makes the night feel more intellectual than intoxicating. Taymor keeps her staging minimal, with grey Chinese screens hovering from the rafters that set apart each room and prison cell. When Rene attends the opera, the screens finally unfold and we’re drawn into the dance by the knell of percussion and vibrant swashes of color.

Both Owen and Ha are strong individually, but there’s little opportunity to see a real relationship develop between them. Jin Ha’s Song Liling is crafty, his genderbend a scheme from the outset to manipulate Rene and spy for his native China. It’s clever how M. Butterfly reclaims the Orientalism of Puccini’s well-known opera, reversing the lovers’ fates, but the play at the Cort Theatre ultimately lacks the opera’s undeniable passion. 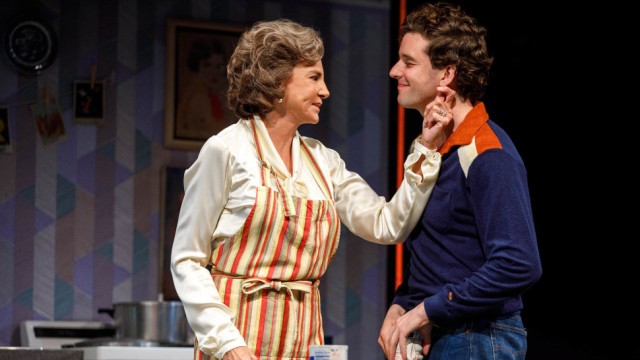 A few blocks away, the off-Broadway revival of Harvey Fierstein’s Torch Song has lost none of its fire, humor, or relevance. Fierstein’s three-act tale of a gay twenty-something who performs in drag, begins an off-again-on-again relationship with a bisexual man, and wars with his mother is proud and authentic and touching. I can only imagine Fierstein’s bravery writing and starring in this show thirty-five years ago. In the third act (“Women and Children First!”), when our hero Arthur implores his visiting mother to accept him for being gay, it’s hard even today not to be moved by his sheer conviction. Arthur transforms over Torch Song into a loving and mature man capable of caring for an adopted son, and living his life without shame or secrecy. Did gay men in 1982 have any other characters like this to look up to?

Don’t worry, Arthur is also incredibly neurotic and self-deprecating and vulnerable. Michael Urie—an actor unlike Fierstein in almost every way—makes Arthur work for him. He’s an ace at physical comedy, a natural clown with his body seemingly in constant, hysteric motion. His gruff New Yawk accent is broad but feels just right. Urie knows how to play big while staying sweetly down-to-earth, and he provides Torch Song its beating heart.

He’s well-matched with Ward Horton (Ken-doll handsome and square) as sometime-lover Ed, Jack DiFalco as the incorrigible adopted David, and Mercedes Ruehl as his tough-love mother. Ruehl underplays the dramatics; you sense she’s quietly trying to figure it all out, and can’t believe some of the things she’s saying to her son. Her and Arthur’s connection over shared grief—the loss of her husband, the brutal beating of his old boyfriend—comes forth palpably in this revival.

Fierstein has condensed his original marathon piece (formerly called Torch Song Trilogy) by an hour, and the resulting three-hour show races by with spirit, humor, and a hearty dose of the sentimental. We can look to men like Fierstein and the battles they fought to live openly and honestly, and recognize how many things—from our mothers to our lovers—haven’t changed.