Some movies make criticism feel unnecessary; then later we realize why we continue to write about what we’ve seen. 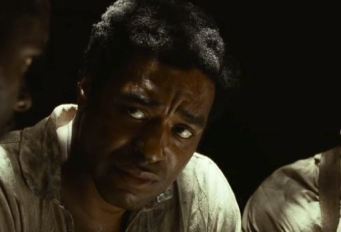 In 12 Years a Slave, Steve McQueen has made a powerful account of a terrifying, still shocking period of American history.  We are used to stories cautioning about the evils of slavery—though not many, most trying so hard to win awards. We are used to historical movies with invented conflict and superimposed melodrama. We are not used to mainstream movies from black directors, made from narratives written by black men. Solomon Northup, a free black man with a family in New York, is kidnapped and sold into slavery; only at the end do we realize twelve long years have gone by. Chiwetel Ejiofor’s face conveys all the anger, resignation, spirit, and longing Solomon endured until he returned home. Ejiofor’s performance is a breakout, and sure to lead to acclaim. It’s hard, unfortunately, for many of our great black actors to find consistently compelling work.

The whole cast coalesces as a true ensemble, all intelligent and humanizing portrayals in service of Northup’s story (in particular Lupita N’yongo and Sarah Paulson). In Shame, McQueen reveled too much in the plodding monotony of addiction; but here the brutality and reflection are born from each situation, not overwrought, not deliberately sadistic. Here the director’s cool eye comes into focus.

For more, read Wesley Morris’s piece on the importance of McQueen directing this movie.